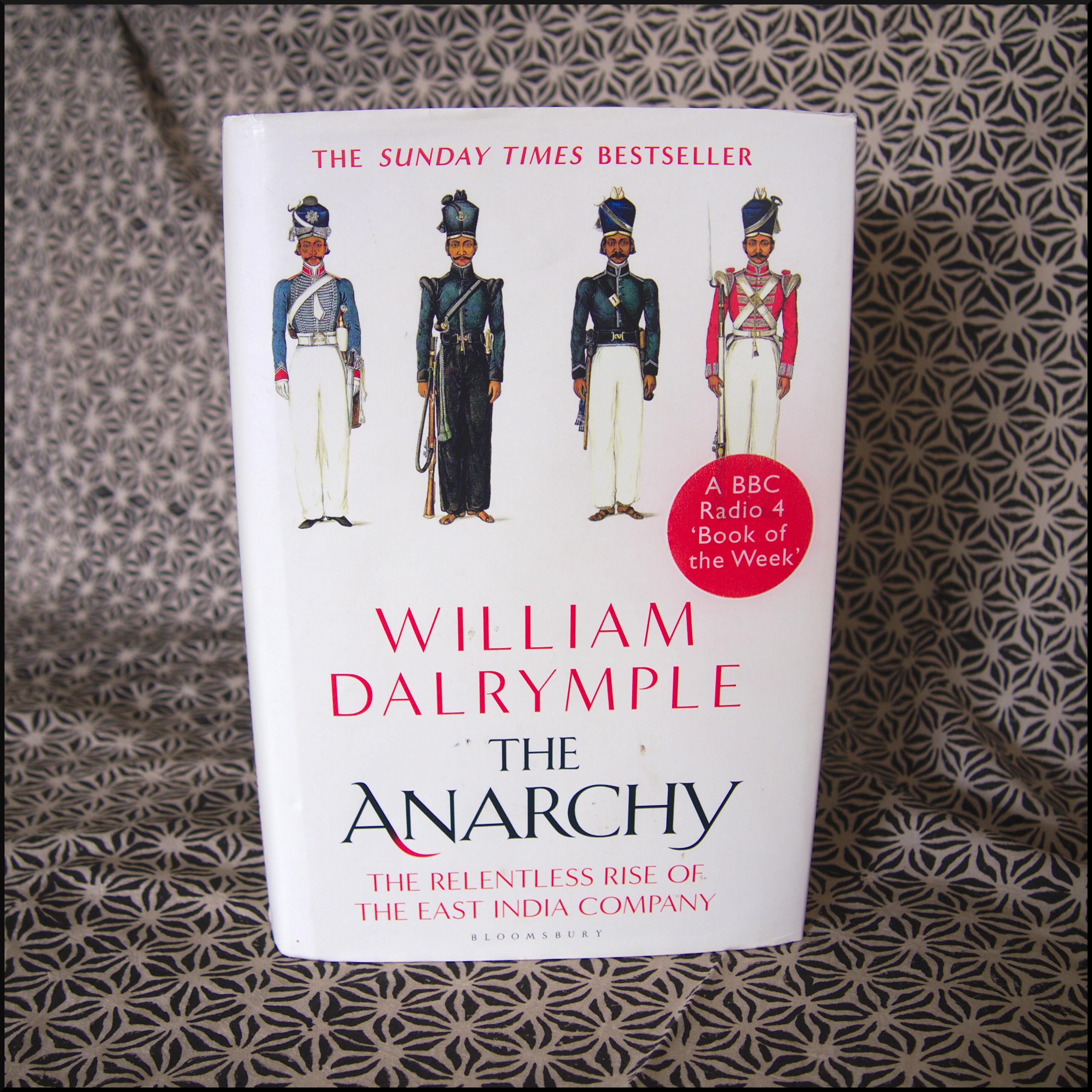 Title: The Anarchy - The Relentless Rise of the East India Company

The latest book that we would like to feature in our Slubbed Book Club is The Anarchy by William Dalrymple. The author is a historian who has lived in India off and on since 1989. The Anarchy is his latest book and it tells the story of the period from the middle of the 18th century to the middle of the 19th when the British East India Company gradually took control of India: first dominating trade, then turning to military conquest and becoming the de facto rulers of the sub-continent. Through a combination of greed, ambition, military skill and, not least, a good deal of luck, the Company, as it was known, defeated one of the greatest empires the world has known: that of the Mughals. In the end, however, the Company over-reached itself, and the British government stepped in to take over the rule of India itself, thus establishing the British Raj. It is an extraordinary story, stretching from the battle of Plassey in 1757 through to the battle of Delhi in 1803, at which point the British corporation consolidated its control over the whole country. Following this high point, excessive exploitation and incompetence led to its decline and its eventual loss of power in stages between 1833 through to the Great Uprising (known by the British as the Indian Mutiny) in 1857.

In telling the story, Dalrymple provides vivid portraits of the good, the bad and the incompetent on all sides. In many ways it is not the story of how the British won India, but of how the Mughals lost it through division, treachery and incompetence.

For us some of the most fascinating passages touch on the history of Indian weaving. It was the Bengal textile trade along with its agriculture that supported the Mughals in their magnificence. It was this fabulous wealth that attracted the Europeans, notably the Dutch, the French and finally the British. Bengal was “the finest and most fruitful country in the world”. Its unrivalled luxury textile production of silks and muslins dominated the European import market. In the 17th century, for example, India (predominantly Bengal) was responsible for some 25% of global manufacturing, thanks to its textile industry.