Indigo - the use of natural and synthetic indigo dye in Kutch

One of the key dyes in Ajrak and in so many other traditional and artisanal textiles around the world is indigo. The name indigo implies that it is an Indian dyestuff which is not entirely accurate. Natural indigo is produced from the plant indigofera tinctoria. It grows in India but also in other tropical and sub-tropical countries and regions, most famously Indonesia, Japan, Central America and West Africa. The indigo used in the region of Kutch, where we source our textiles, comes from Tamil Nadu in the south of India. We have also heard of people who have recently started buying their indigo from producers in Bangladesh. The indigo pigment is found in the leaves of the plant. Each leaf contains a minuscule amount of dye. Depending on the variety of indigo it takes about 1 kilogram of leaves to produce 1 gram of indigo. After extracting the pigment from the leaves through a fermentation process, it can be either stored as a paste, as indigo cake (which is dried paste) or as powder (which is ground indigo cake).

In Kutch there are four methods they use to prepare the indigo dye:

In our previous blog post (Impressions of Ajrakhpur) you can see a photo of one of the trough-shaped vats that they use in Ajrakhpur. The other big vat with a fire underneath it that you can see in the photos is for making the red dye derived from the madder root. We’ll be writing about that in a future blog post.

In order to dye with indigo you don’t have to mordant the cotton. It is, however, paramount that the cotton is clean and free of any impurities, grease or starch. The cotton is then dipped in the indigo dye, left to dry and oxidise. The procedure is repeated until you achieve the desired shade of indigo - the more dips, the darker the indigo becomes.

In the late 19th century the demand for indigo rose to new levels not least because of the development of blue denim jeans by the Levi Strauss company. It was also around this time that the first synthetic dyes were being discovered. The first synthetic dye was aniline purple, later renamed mauve, discovered by William Henry Perkin in 1856. It was only a matter of time until someone found a way to synthesise indigo dye. There was the incentive and growing expertise to do so. By the end of 19th century, two German scientist at BASF had found a way to synthesise indigo in a practical, efficient and cost-effective way. Due to the German roots of the synthetic version, it has been dubbed German indigo (well, at least in India). German indigo is identical to the natural sort in its usage. As of the methods listed above, German indigo is used with method 4, so it’s prepared and maintained in large heavy-duty plastic containers.

In Kutch the use of German indigo as a substitute for the natural kind is very common. The reasons for this are threefold - cost, ease of use and colourfastness. German indigo is significantly cheaper than natural indigo. German indigo costs about a tenth of the price of natural indigo. Secondly, preparing natural indigo is complicated – it’s a natural product and there are natural variations in quality. Both preparing the dye and then maintaining it in the vats is laborious. In Kutch we know of one person who has ten 200l indigo vats. One of his employees is solely tasked with the inspection and maintenance of the vats. Only someone with expertise and experience can ensure a dependable and uniform quality of colour. By contrast, synthetic indigo dye can be prepared very quickly: it can be prepared as and when you need it. Natural indigo can take up to a week to prepare whereas German indigo can be ready in a matter of hours. Finally, German indigo is more colourfast. 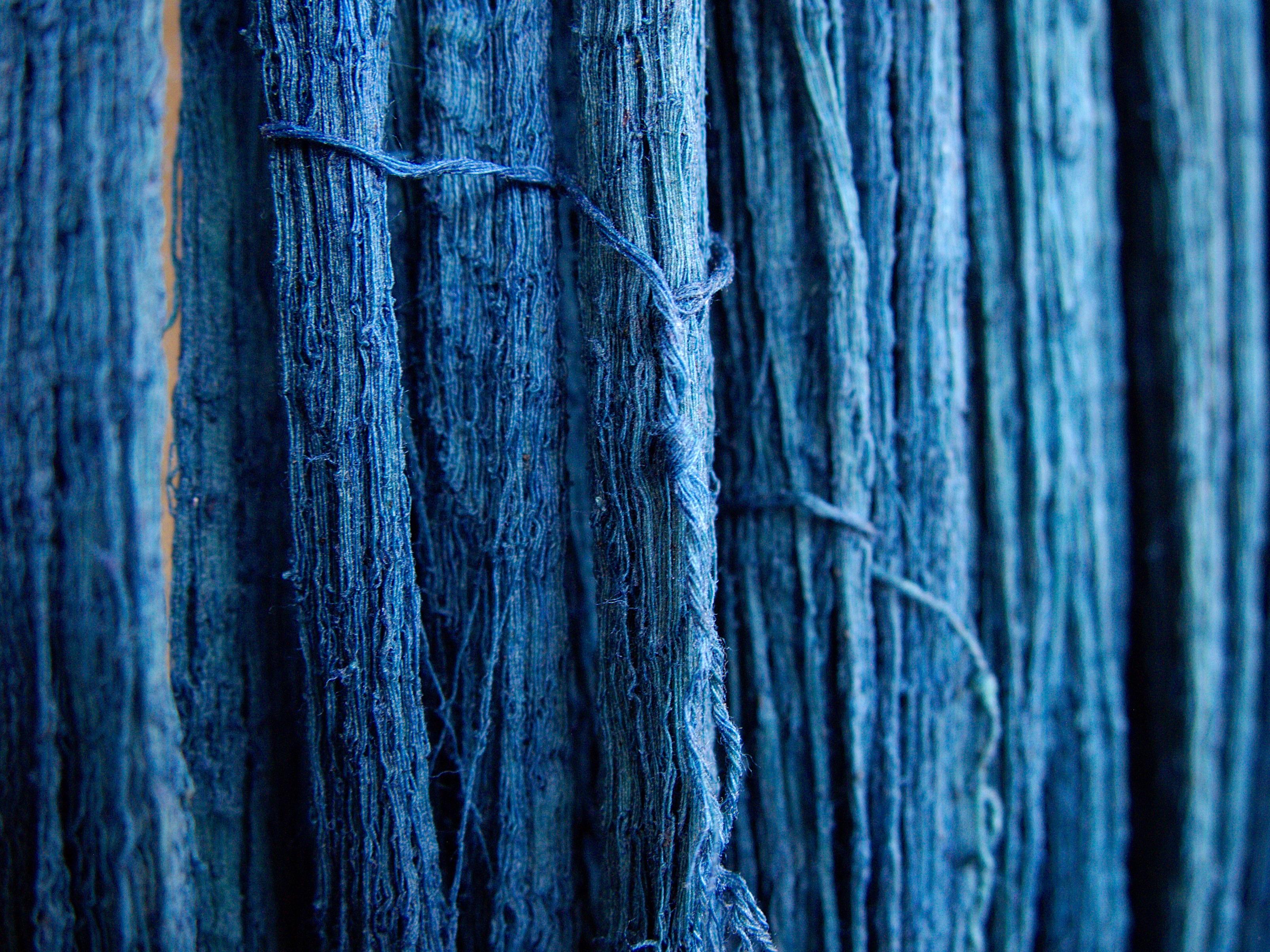