What is Kala Cotton?

Slubbed has a new collection of textiles to present to you. Our newest collection is special for three reasons: 1. It's old-world cotton. 2. It’s handloom woven. 3. It isn’t printed.

How does it tie in with our other textiles? Well, as with our Ajrak block-prints and our block-printed batik, our new handloom-woven cotton also comes from the culturally rich district of Kutch in Gujarat. As a matter of fact our newest range is even more Kutchi than our prints. Our Ajrak block-printers and batik printers source their cotton fabric from central and southern India. Our newest range, on the other hand, is made from cotton grown in Kutch, spun in Kutch and woven in Kutch. The name of it is Kala Cotton.

The history of cotton is about as old as the history of human civilisation, and as in many other areas of human activity, the Indian sub-continent has been active in the cultivation and processing of cotton from the beginning. There are four main types of cotton: two from Asia and two from America. The main difference between them, when it comes to making cotton cloth is the length of the staple (or fibre). The traditional Indian varieties have a shorter length of staple than the American cottons. Today, nearly all the cotton that is commercially produced around the world is made with cotton varieties developed from the two species native to Central and South America, but it wasn’t always so.

The history of cotton manufacturing and trade tells us a lot about the shifting balance in global power. There is evidence that cotton was being used in both the Indian sub-continent and the Americas in Neolithic times, but it was Indian cotton that was the first to be exported to the Middle East and Europe. In the Mughal Empire, cotton was the largest manufacturing industry. It was in India that the first cotton gins were developed: the machines to extract the cotton fibres from the “boll”, the fluffy seed case. As the Europeans, particularly the British, developed their trading links with India, Indian exports of calico, muslin and other cotton cloths expanded massively; so much so that the British wool industry was threatened and the British government banned the importation of cotton textiles from India, and allowed only raw cotton imports in order to promote domestic cotton spinning and weaving. By the end of the 19th century, the Indian cotton manufacturing industry was destroyed and Indians were buying cotton garments spun and woven in the UK. For Gandhi this was a prime example of the damaging effect of British imperialism on India, and to this day the cotton spinning wheel stands at the centre of the Indian flag.

Meanwhile, with the emergence of the USA as a powerful economic force in the world, the American cotton industry began to flourish. The advantage of the species of cotton being used in America was its longer staple (fibre length). This made American cotton easier to weave, less prone to breaking. As cotton spinning and weaving became mechanised, so the advantages of the American species of cotton became greater, and today some 98% of the world’s cotton crop comes from the long-staple species, including new genetically modified varieties. This type of cotton needs more water than the old Indian varieties. In India this has meant that a lot of today’s cotton farming requires irrigation.

The traditional cotton-growing areas of Kutch don’t have a high rainfall or big irrigation systems, so the only cotton that will grow there is Gossypium herbaceum, the old short-staple variety. It is one of the most water efficient cottons in the world. Unlike a lot of new-world cotton, it doesn’t require any irrigation. It is purely rain-fed. Additionally, being a hardy old-world species, it doesn’t require any fertiliser or pesticide, hence it is an organic and almost carbon neutral variety of cotton.

Kala cotton is genetically very pure in comparison to more industrially grown cotton and perfectly suited to grow in Kutch. On average Kutch gets between 300 and 400mm of rain a year, which is enough to cultivate Kala cotton. However, because of the domination of the modern cotton industry, a lot of the expertise in the processing of Kala cotton has been lost. There are very few artisans left who know, for example, how to operate the old hand-looms required, but we are pleased to say that there is now a small revival. Some families are beginning to produce cotton in the old way. Slubbed is pleased to play a part in helping people rediscover that not only is this a sensible and sustainable cotton to grow, and one which employs a large number of people from farmers, ginners, spinners and weavers but the product is simply beautiful. 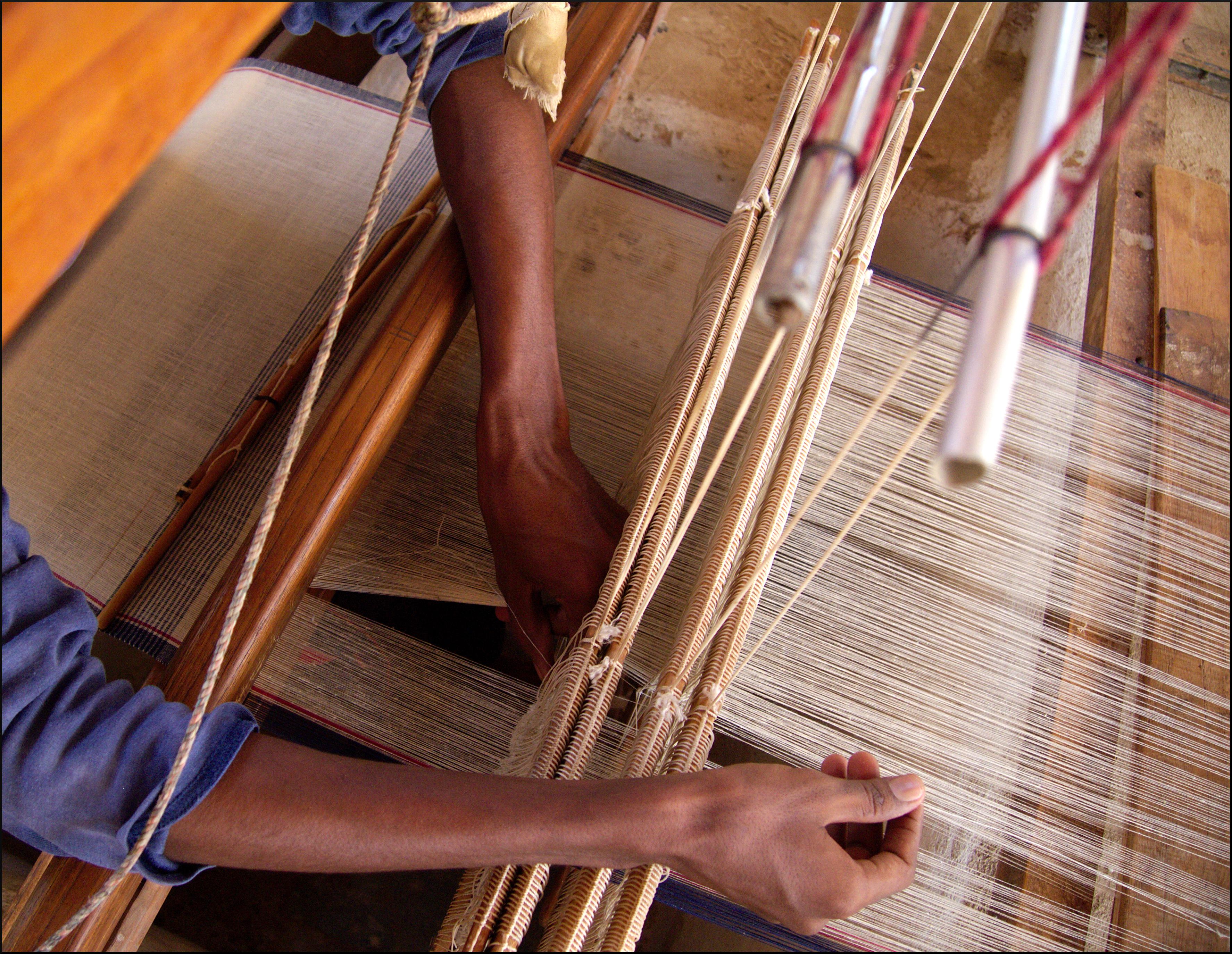